CORNERED in ROCKMAN CORNER by PROTODUDE!!!

Protodude Comes Across My Interview by AtariAge!

I'd like to thank PROTODUDE for blowing up my Demographic on June 27th with his featuring of my October 2012 PRGE interview with Chris Dietering on his site. This was picked up by Nintendo Blast and Palma Lucas Mistrello, among others. I felt I received positive treatment.

It was with some dismay the other day upon returning from a fishing trip in the Eastern Sierras to note a huge spike in my site hits on the 27th of last month, at a time that I wasn't around to respond.


WHAT'S WITH THE PISTOL?

Not to Belabor the point, the Haters Hate the PISTOL, and I can't blame them, but, and help me out here, but those of us who work for a living tend to take directions from the next level up. In my case, that was THE DESIGN TEAM. I'm only sayin'.  ....And it IS a FINE pistol: Kind of a cross between a Walther PPK and a Laser Tag weapon.

I mean, besides the pistol, there are still issues: MegaMan doesn't have a VISOR! Okay, his right foot seems a little tweaked, but the human body can DO THAT. Just stand up and try it.


BUT MOSTLY REMEMBER THAT MEGAMAN HAD NOT BEEN DESIGNED YET.

THIS WAS ONLY EDITION TWO!! 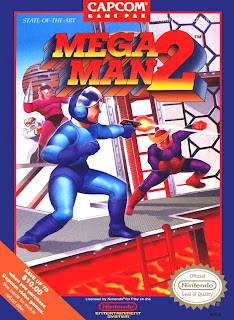 EDITION ONE WAS EVEN FURTHER AFIELD: SPORTING A FELLOW CROUCHED DOWN, ARMS AKIMBO, WAVING AN M1911 .45 CALIBER U.S. ARMY SLIDE ACTION COLT SIDEARM, IN A BILLOWING YELLOW AND BLUE JERSEY WITH STRANGE ARMOR. BASED MY OWN RELATIVELY POSITIVE RECEPTION, I HOPE THAT ARTIST SOMEDAY STEPS FORWARD INTO HIS PLACE IN VIDEOGAME HISTORY. 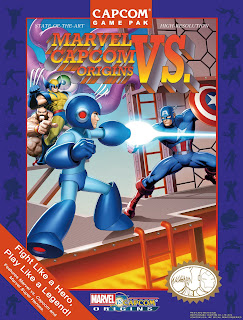 There have been plenty of knockoffs of my original art as well, the most satisfying being the Marvel/Capcom Origins VS. packaging, a beautifully done homage to our original MM2 1988 edition. This was brought to my attention by Matt Ratzloff, a super MM 2 fan in Seattle. This art reprised the poses, color scheme, and setting excellently, and was done in photoshop, Whereas we painted originals, and is beautiful. 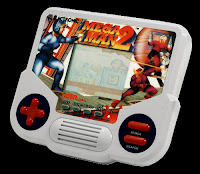 OTHERS, NOT SO GREAT.

....and My very own Captain Commando on the Back!! 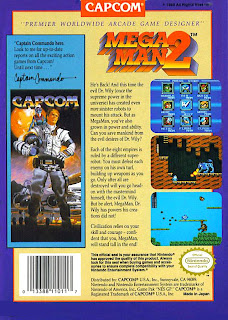 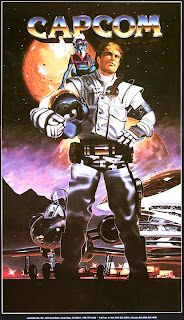 One of the final perks with this assignment from Capcom was their request for a Captain Commando treatment for the package back as well as in store displays and posters.

Thanks so much for checking in!  Please leave any comments or questions and I'll be happy to respond.

see this, but sorry it is in portuguese http://nintendoperdido.blogspot.com.br/2013/08/megaman-2-por-marc-ericksena-lendaria.html

Considering your deadline and what you were given to work from, I think the end result is pretty good. Plus I'd bet that 90% of the people hating on it can't draw even draw a stick figure.

That Captain Commando is amazing!