Gratification at PRGE'13, and the Story of JOHNNY MILLENNIUM and ROB MAN!!

I wish I could bottle the good feelings generated by my second appearance at PRGE, the Portland Retro Game Expo, and the goodwill expressed by retro fans at my booth to myself and my wife Dianne,who saved my ass with a timely appearance, and the suggestion that perhaps I could use some help.  Thanks Sweetie!!


The most potent dose was from a gentleman by the name of Johnny Millennium, who with his friend RobMan host a very well attended site called HAPPY CONSOLE GAMER. 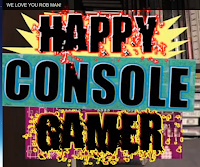 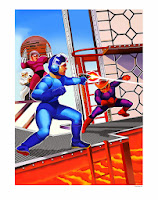 Johnny was very kind to pay a high bid at the PRGE auction to win my newest offering, the Remastersed Mega Man 2 18X24 print which I had donated to help raise funds for PRGE 2014. He explained it was for a surprise to Robman, and I happily personalized it with an inscription, and a small sketch of MM2 on the back.
I only yesterday saw the youtube presentation of Johnny giving this gift to the unsuspecting RobMan on the site, and was blown away by RM's heartfelt response. As if that wasn't enough, in reading some of the comments of the over 15K+ viewers, it hit me how well loved these guys are, but how meaningful the commenters regarded this gift. 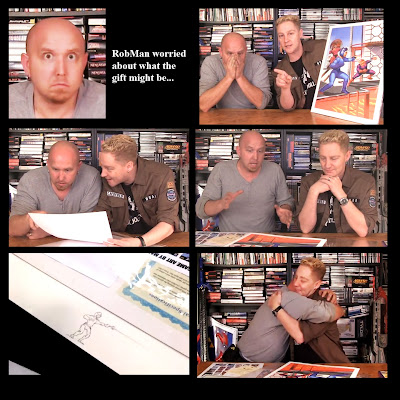 It's clear to me how much MM2 means to an awful lot of people, and it certainly warms my heart to recognize the relevance. This is true of many of the games I was fortunate enough to do cover art for, but by far this much maligned MM2 art seems to have that extra punch.

To me, remembering the circumstances of its origination, and the snap decisions that were being made by so many creative people in the days surrounding the launch of what was to be one of the iconic games of it's era, has to bring me to a smile, thinking how little we know in the moment, how any game day decision might affect our lives. 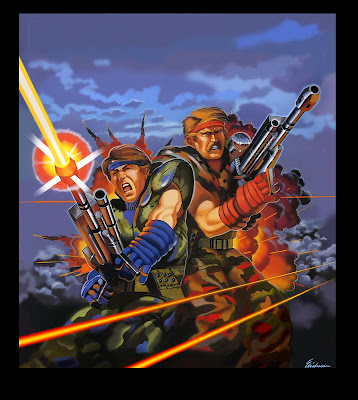 Next up for remastering: Bad Dudes, and Heavy Barrel!! 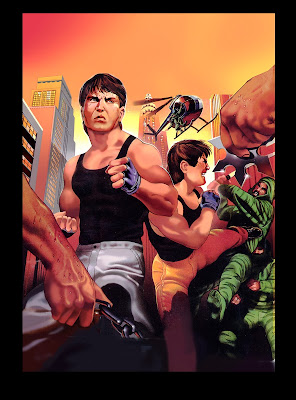 Thanks so much as well, the great crew from RetroGameSociety who interviewed me for their site! 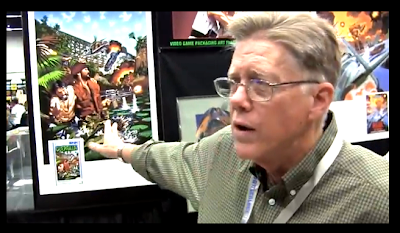 My largest task, at least with regard to the show itself , seemed to be that of announcing to every patron who passed by that:

" I was the guy who painted these things. "

It takes some chutzpa to stop everybody at the show, 3500 separate humans, and annoy them until they grasp what you're saying!

As Johnny so eloquently pointed out, even when he was bidding on MM2 he remembered seeing my booth and assuming that I was nothing more (and who could blame him?) but a guy printing these up and selling them. 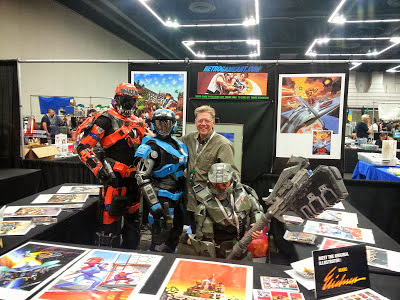 The comedy of the hustle: My constant dance for attention at the show:

"Hi, how ya doin'?" ...they stop, look over, and before they can respond, or more likely, dismiss you, and within the 3 second window that you actually have eye contact, you HAVE to say "I'M THE GUY WHO PAINTED THESE!"

"These are paintings?"  "No, these are prints..."   "oh,...(confusion)...   "I painted the original art"
(more confusion)  "For THESE?.." They are reaching their limit, so I have to go for the kill...
"NO, ...FOR THE ORIGINAL PACKAGES YOU BOUGHT WHEN YOU WERE A KID!"
Slow dawning, but they're still on the fence, they can't believe you're still...what...alive?
THEN THEY GET IT: Their eyes widen, (that's when I know I've gotten through)  Then they stop, and it all comes out:

That's when it finally pays off,  being the schmuck who was pestering them at the show.

Thanks again for stopping by!! and check out my podcast with Nathan Martin and Rob Smith from SRGE, the Seattle Retro Game Expo crew, keeping the Great Northwest, and the greater retro public informed, Thanks guys!

Hey Marc, drop me a line when you can, it's Rob McCallum, director of the NES Club. We interviewed you at PRGE this year and would love to follow up on something we discussed: nesclubmovie@gmail.com